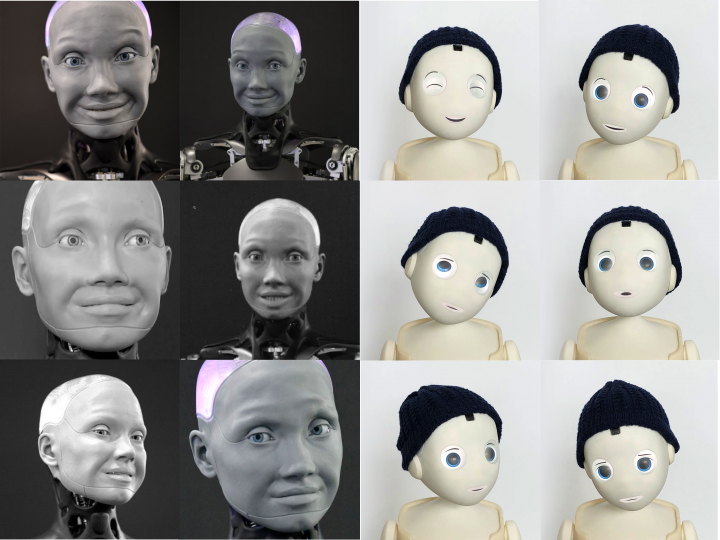 Because we are asked from time to time if our concept is outdated and android robots like Ameca are the future, here are a few thoughts.

Ameca is cool. What Engineered Arts has achieved is very impressive, especially technically. However, we need to differentiate between technically impressive and emotionally winning. The danger in designing android robots is always the Uncanny Valley. The more human-like the design becomes, the more noticeable any deviation from the norm becomes, and the more creepy or morbid the character appears. I don’t think Ameca has crossed the Uncanny Valley yet completely.
A very established method of getting around this difficult valley is comic abstraction. Pixar, for example, has been showing how to win people’s hearts with abstracted humanoid designs for decades.

Engineered Arts says they have developed the “Future Face of Robotics.” Certainly, technological development will go on and on, and one day we will have android robots that are almost indistinguishable from humans. Apart from whether one really wants that, there is always the technical and thus financial effort to be weighed up. In the case of Ameca, 17 motors drive the head and the facial expressions. This is not only expensive and associated with heigh weight, but also very error-prone. At the same time, it is very difficult (and not yet really satisfactorily solved) to create a varied, fluid and pleasant mimic with the mechanics. Navel, on the other hand, has only 3 motors for the head movement and 3 displays for the facial expressions. With the displays, countless representations are possible and the movements can be implemented quickly and fluidly.

But in the end, people’s hearts decide which presence they feel most comfortable with. Our goal is to create a robotic being you want to be with.