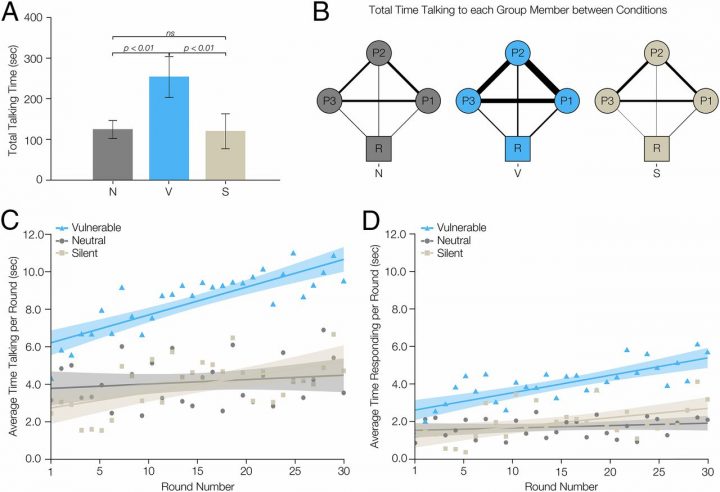 A team of four is supposed to play a game on a tablet and cooperate together. A robot is the fourth man in each team. In the study, the effect of different communication styles of the robot on the other three humans and their communication with each other was examined.

Very exciting is that the robot hereby could influence very clearly how the other three game partners communicated with each other. In the third style, in which the robot reveals itself emotionally, the verbal exchange among the three human players was significantly higher and the game partners found the atmosphere much more pleasant and likeable.

We know that individual humans can strongly influence the atmosphere in a group. And that a vulnerable communication style and self-revelation can lead to an overall opening. But that this can even be initiated by a social robot is fantastic news. It is easy to imagine how social robots could have an unexpectedly positive influence on the team and work atmosphere, especially in stressful work situations such as nursing homes.