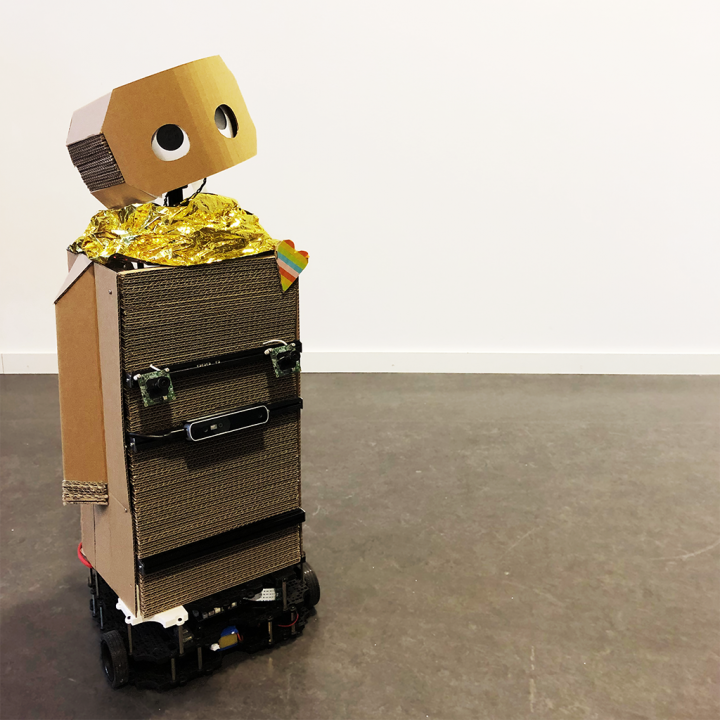 We use the TurtleBot3 Waffle as a mobile platform. With MakeBeam we have built a simple construction that carries the electronic components: various sensors, microphones and loudspeakers, motors and displays and as the heart the NVIDIA Xavier with its powerful GPU.

So that we can also use the working prototype for user tests, we have simply embellished the technology skeleton with cardboard 😉