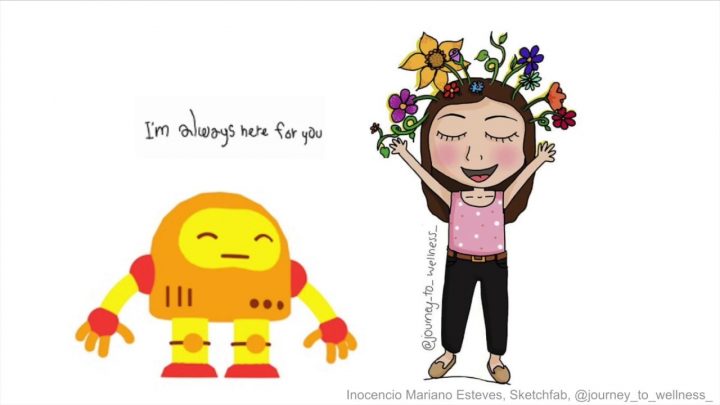 Originally, robots were developed to relieve us of physically demanding tasks. Psychological support was never intended. Just as it is repeatedly emphasized that artificial intelligence will not be used in psychological or socio-emotional fields as quickly. But the positive results of various studies show that we should rethink these basic assumptions.

Already some years ago Reza Kachouie came in his meta-study after evaluation of 95 individual studies to the conclusion that in nursing homes social robots could relieve the nursing staff and improve the well-being of the persons in need of care. And here still quite simple social robots such as Paro or Pepper were used. Then a good two years ago, Woebot caused quite a stir. Using artificial intelligence, the chatbot offers fully automated cognitive behavioral therapies for young adults with symptoms of depression and anxiety. Their effectiveness has been scientifically proven.

Now the Massachusetts Institute of Technology has published on the RO-MAN 2020 conference a new study, which again proved the enormous potential of social robotics in the psychological field: a robot was able to significantly increase the well-being of students in only seven coaching sessions through interventions from Positive Psychology.

We should therefore reconsider whether or for how long we really want to exclude robots and artificial intelligence for psychological areas.